When investing, I like to buy shares in companies that I have had dealings with in the past as a supplier. I feel that this gives me a better understanding of the company’s culture. While I have been dealing with many businesses while working in several countries, in the interest of a diversified portfolio, this range of stocks is not broad enough. ‘etoro’s “research” feature is a helpful starting point on US listings, but I prefer the valuations provided by onvista (a subsidiary of Commerzbank AG) and boursorama (mainly for French shares) and PCbolsa for Spanish companies.

For short selling I tend to check UK stocks with shorttracker, US stocks on generally accessible sites as the wsj, volumebot and shortsqueeze. I check German shorts under the Federal Bundesanzeiger.de publications for “Leerverkäufe”.

The starting point for looking into a particular stock is often company news, political and economic developments, technological advances or trends. Checking Wall Street Journal’ market data centre, Reuters and the FT are must read sources, in addition to a last second check on Twitter for latest updates help to see where the money is moving and why.

Most markets are near record highs, point at which more volatility is to be expected. This is exacerbated by many events in world politics. I will highlight three here:

The UK may struggle to find an amicable exit from the EU, pointing towards a prolonged, business friendly transition period, which has send the FTSE to record highs. The only problem is that a prolonged, close relationship with the EU will not be acceptable to hardcore Brexiteers, which risks leading to new elections, likely to be either inconclusive or ending with an old Trotskyist taking the keys to number 10 Downing Street. The Brexit negotiations outcome is still unpredictable, with only weeks left to find an agreement on the divorce. Thereby the EU’s third largest economy holds a lot of potential for volatility in the UK and wider markets.

Surveys give the Democrats a ⅔ chance to take a majority in both houses at the upcoming mid-term elections in the USA. As this will increase the pressure to impeach Donald Trump with all the mud sliding that goes with it, the compulsive tweeting POTUS45 holds a lot of potential for volatility in the USA, which still sets the pace for global markets. As a side note, one has to wonder how to control that his family and friends are not benefiting from advanced knowledge about tweets which move markets?

At the same time, an increasingly protectionist, inward looking US is retracting from Africa and the Middle East. Having gained greater independence in its energy supply, the USA is for the first time in decades in a position to fight trade wars and to strategically withdraw from oil supplying countries. These regions won’t fall into a vacuum, as Iran, Russia and China are all keen to replace American influence. For better or worse, this will change energy markets and investment markets dramatically.

The European Union and the common currency have made great progress since the real estate bubble burst and caused the last global financial crisis. The “PIGS” economies of Portugal, Ireland, Greece and Spain (though currently under the threat of a no-confidence vote) are growing, unemployment had been reduced, public finances are in better shape and so are most European banks. Except for Italy, where little has been achieved so far, and populists promising a guaranteed income are forming a coalition government with separatists demanding a flat rate income tax of only 15%. Much of the press is relating Italy’s economic woes to the Euro and some populist elements in Italy are playing with fire when toying with introducing a soft Lira. Brussels and Frankfurt will exert pressure on Rome making great headlines and sending the Euro and European markets occasionally lower.

How to make money in volatile markets

Where investing and waiting is a simple valid, profitable strategy in bull markets, volatility requires a more active and informed approach.

Some of the traditional instruments used in volatile times are gold and Volatility Futures. I am no fan of them. Commodities are not productive and investing in them is only driven by speculation, with gold having had a poor performance over the past five years. I find Volatility Futures hard to handle and it is tough to find the right entry point. I prefer shortening particular stocks and indexes when the signs are right. I also hold cash in orders to take advantage of extreme swings in stocks which I consider sound companies with a great future or sell positions in stocks where I see trouble ahead (eg Deutsche Bank or some UK retailers).

As a side note I would like to highlight the positive development of our unleveraged buy positions in eToro’s OutSmartNSDQ fund and GW Pharmaceuticals plc have developed well.

Apple was a key customer for LTE baseband chipsets. In 2011, Qualcomm  signed an agreement with Apple, committing to make significant payments to Apple on condition that the company would exclusively use Qualcomm chipsets in its “iPhone” and “iPad” devices. In 2013, the term of the agreement was extended to the end of 2016.

The agreement made clear that Qualcomm would cease these payments, if Apple $APPL commercially launched a device with a chipset supplied by a rival. Furthermore, for most of the time the agreement was in place, Apple would have had to return to Qualcomm a large part of the payments it had received in the past, if it decided to switch suppliers. This meant that Qualcomm’s rivals were denied the possibility to compete effectively for Apple’s significant business, no matter how good their products were. They were also denied business opportunities with other customers that could have followed from securing Apple as a customer.

In fact, internal documents show that Apple gave serious consideration to switching part of its baseband chipset requirements to Intel $INTC. Qualcomm’s exclusivity condition was a material factor why Apple decided against doing so, until the agreement came to an end.

Shortening shares pre-market is difficult and I advice it. Currently Qualcomm’s share price has been moving wildly in both directions pre-market.

It is to be seen if US investors will take Article 102 of the Treaty on the Functioning of the European Union (TFEU) and Article 54 of the EEA Agreement prohibiting abuse of a dominant position serious.

In any case, I opened a CFD short position in Qualcomm $QCOM today at not particularly lucky $67.44. 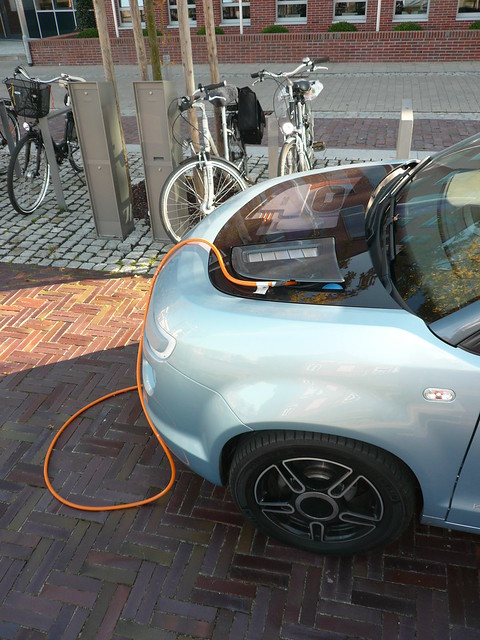