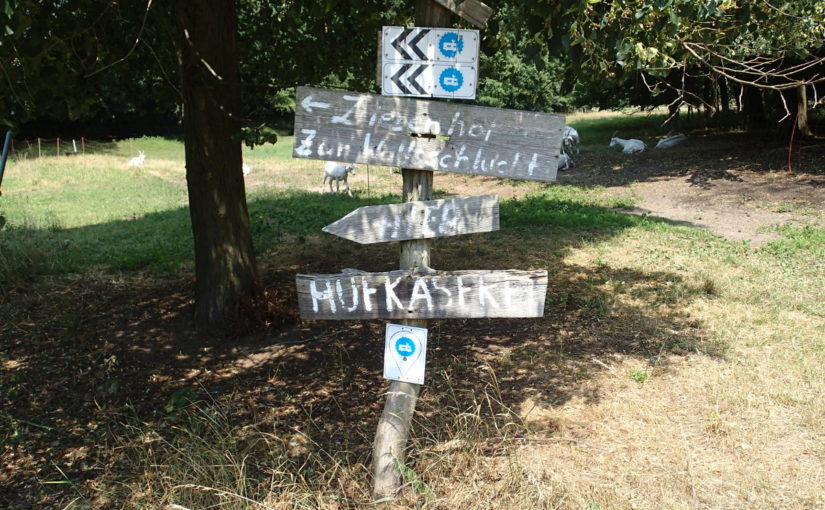 The goat farm at the Wolfsschlucht in Pusack is a romantic place. The garden invites you to relax and take a break from cycling the Oder-Neisse cycle route. We had a lunch break on a Neisse-river cycleway ride from Forst to Zittau. We enjoyed authentic cheese, made from raw goats’ milk on artisan bread and drunk raw milk. We also had some filter coffee.

Pusack, in the municipality of Neisse-Malxetal in the German state of Brandenburg is located on the German-Polish border. This southern edge of the area where Sorbs and Wends settled, also forms Brandenburg’s southern border with the state of Saxony.

The friendly host and “goat herder“, a former social worker, was able to speak both about his cheese, as well as the place and the people who live in the area and many changes that happened since German reunification. The food is local and authentic. We also bought some excellent raw milk cheese for our onward journey.

The atmosphere is natural, you sit at tables in the garden or under a shelter. Everything was very simple. The goats are not far, but the mosquitoes remain near the Neisse river, so you don’t need insect repellent to sit in the garden.

The food is neither fast nor cheap. We were very happy with it.